Home Solution News About us
Our story Philosophy Team
Contact

Will Blockchain save humanity from climate change? The question is worth asking.

As a decentralized ledger that allows secure value transfers, Blockchain is also a solution seriously considered by the fashion industry to prevent waste thanks to the real-time traceability (either on finished products and raw materials) it provides. As a vector for a more responsible value chain, it makes it possible to optimize transport fleets by combating empty loads and facilitating the sharing of information and resources through its promise of interoperability.

However, Blockchain is far from being perceived as the ideal ecological alternative. Its "energy-consuming" characteristic, leading to the deduction that it would be the most polluting technology in history, deserves to be join our previous list of the 5 enduring prejudices linked with it.

However, there is a radical solution to its detractors: digital uniqueness.

We will show you that this mechanism, made possible by Blockchain, drives to drastically reduce the carbon footprint of participants, while optimizing transport mechanisms, particularly with interoperability.

Is blockchain really the much-discredited energy ?

After this observation, it should be compared with sending emails announcing the advent of a meeting. The same message is sent more than ten times in order to increase the impact and the bounce rate. Each message has 3 levels of duplication which are finally stored for 10 to 20 years on external servers.

According to ADEME (French Environment and Energy Mastering Agency), Internet has a greater impact than air flights. By 2020, digital technology will be responsible for 4% of greenhouse gases (GHGs) in Europe. Most of them come from housing, transport and food.

However, the energy impact should not be confused with the ecological footprint. However, most of the criticisms made against Blockchain, and all the more so against bitcoin, concerns the energy impact of the mining activity and the power required for its many computers. More precisely, it is the system for validating the mining protocol linked to crypto-currencies (the Proof-of-Work) that is considered as polluting: the computer adjusts the difficulty of the problems to be solved according to the network's computing power. This is the historical algorithm for validating a transaction and producing new blocks. Miners then find themselves competing to be the first to finalize a block of transactions and be rewarded.

However, what must be taken into account when measuring the ecological impact is the means of electricity production used. Indeed, the consumption of bitcoins is still evolving.

In addition, according to the United Nations Development Programme (UNDP), Blockchain technology can contribute to the achievement of 17 sustainable development goals, including ending poverty, protecting the planet and empowering women and men by 2030.

The concept of digital uniqueness is to say that a document can exist without having to have a multiplicity of copies. All data is then updated using a single private key.

As Clément Bergé-Lefranc points out: "When you organize a meeting with about twenty people in copy and you have had the good idea to send your Powerpoint presentation as an attachment, you generate a real ecological bomb without any comparison with the pollution generated by the blockchain.

Allowing access to a document via a single private key limits energy consumption while securing access to confidential data.

Towards an optimization of the transport mechanism

Blockchain represents a colossal eco-conscious vector, whether through digitized transactions or through the transfer of responsibilities, which makes it possible to never again lose a good or a commodity.

Mining mechanisms based on Proof-of-Work are potentially replaceable by less energy-intensive alternatives such as the consensus mechanism by Proof-of-Stake. Here the selection of the miner is done randomly while being weighted by the quantity of crypto-currencies available.

Blockchain finally makes it possible to bypass manual validation systems requiring numerous reports and other paper documents, all transactions being digitized and available at any time.

On the other hand, certifying the transfer of responsibilities makes it possible to effectively combat the loss of valuable goods or reusable media. A high risk for e-merchants in the face of increasing parcel returns.

First of all, it has the effect of making the supply chain more fluid and thus enabling the logistics provider to protect himself from any risk of paralysis of the network and therefore of the fleet, which would lead to delays and dissatisfaction on the part of the end customer. In addition, the blockchain makes it possible to solve the recurring problem of undelivered packages despite the presence of the recipient and the mobilisation of inherent polluting modes of transport (including an excess release of toxic gases and CO2). Blockchain then makes it possible to fight against overconsumption and thus reduce the environmental impact of the supply chain. In addition, the improvement induced by the development of technology makes it possible to optimize delivery routes and avoid empty loads.

To conclude, Blockchain knows how to serve the world's ecology. In front of eco-vigilant end consumers, offering a greener supply chain will allow logisticians to enhance their company's identity by promoting a more civic and responsible image and thus positively influence trust, the lifeblood of Blockchain technology in short. 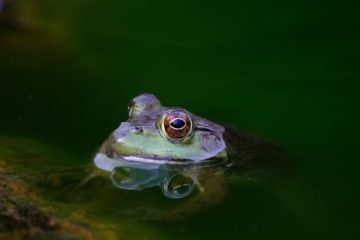 Why Blockchain is the eco-responsible solution we hoped so much for? 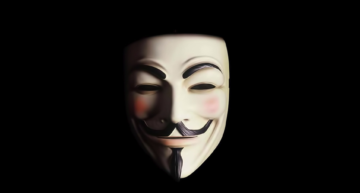 Discerning the true from the false: the Blockchain dissected through 5 preconceived ideas 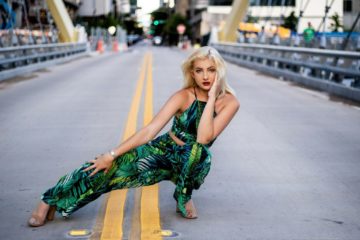 How Blockchain can strengthen sustainable fashion?